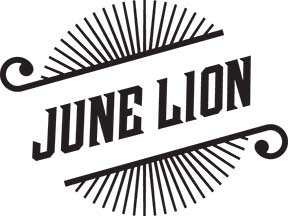 I can’t believe it’s almost been 10 years that I’ve been photographing weddings! Over the years I’ve worked with some really creative people with creative ideas for their wedding ceremony. I feel the need to compile and share 27 of my very favorites in hopes of making your wedding more awesome.

01. Unique location – set the stage. Choose a location that is completely you and if it adds a little drama then so be it. This couple was married at the Ft. Lauderdale Executive Airport in honor of the groom being a pilot and the bride loving an industrial/modern space that was a blank canvas.

02. Invite the whole family – If your pet is your family member– bring them. You wouldn’t want to regret not having them there since they are so significant to your life. Maybe I’m just a crazy dog lady though. Plus they add comic relief and they accomplish one of their main jobs of putting you at ease.

03. Come as you are – don’t wear shoes if it makes you happy and feel more grounded, wear what you want to wear and be true to yourself (reoccurring theme alert). Do and wear things that make you feel present.

04. Full band for the ceremony – this happened only once in my 10 years and it gave me goosebumps and a mist to my eye. A full band, with drum kit and all, was so powerful and unexpected. They played both the processional and recessional.

05. Walk down the aisle laughing – The bride, a total sci-fi nerd, walked down the aisle to “The Imperial March” from Star Wars. It was played on a single violin, with just the right amount of squeak to bring in that human element.

06. Have your best friend marry you – Who knows you better than your best friend? They are going to work harder than anyone to give you the most heartfelt ceremony with personal insights of you and your partners’ life and marriage.

07. Have Elvis marry you – if being married by The King isn’t in your fantasies then have your officiant dress up in a unexpected character that makes your ceremony even more fitting for you. Hilarity will ensue.

08. Take the edge off – this couple settled their nerves by starting the ceremony by “honoring their Irish roots” with a shot of whisky from a flask. The bride chased it down with a swig of Ocean Spray hiding behind the wedding arch. The officiant took the flask and took a swig himself so they “could all be on the same page”. Everyone was rolling.

09. Interactive readings – Perhaps script your readings like mini-plays like this couple did when their friends performed Scientific Romance by Tim Pratt. Other ideas would be to have someone do a reenactment of when you two met or your proposal.

10. Ring warming ceremony – a sweet ritual I don’t see that often. The couple passes their (very well secured) rings around to all their family and guests for them to take a moment and put their positive energy and blessings into them. It’s a way to include your spectators into the ceremony as well.

11. Battle of the vows – This couple played rock-paper-scissors to decide who read their vows first. If you want a ceremony to be totally you then you should re-think every aspect of a ceremony and imagine how you can put your spin on it.

12. Laugh and cry; preferably in the same breath – The best wedding ceremonies I’ve ever been to make you laugh and cry and let you get to know the couple on a whole new level.

13. Create specific imagery with your vows – Vague comments about love and how a person makes you feel can really feel empty. Be specific in your sentiments. My groom for this wedding was talking about how he would watch his bride from a window come home after work and walk through her garden. He would watch her pick individual berries from a bush and wipe every little bit of it off before eating it. One by one by one. He loved this about her and she had no idea he was watching, that is, until they were in front of a couple hundred people.

14. Make your vows be a dialogue with one another – Writing your vows together can be a big stress reducer while allowing for more opportunity to write humor and impactful commentary into your ceremony. It can be a spritely banter, an everyday conversation, a faux argument, a poem or a back-and-fourth of promises to one another.

15. Hand fasting – I’m not much for traditional traditions but this one is not too overdone, and it’s sweet and symbolic, and I like to see people tied together literally when they are “tying the knot”. Which, by the way, is possibly where that phrase came from, the historians are unclear.

16. Be literally close to one another – It hurts me when I’m at weddings and the bride and groom are miles apart with a officiant who they may or may not know, smack dab between them most of the time. Hold hands, hug, and don’t let go unless you totally have to– that’s what’s going to make it feel intimate. The couple in the photo was tied together with a bungie cord, a creative ploy to get them closer that I appreciate.

17. Look at your audience – I get it, folks get nervous, but try your best to get out of the “tunnel vision” for at least a moment and look at all your closest family and friends and share this ceremony with them. They are going to be your support throughout the marriage and in life so include them and they will feel special. It might be a good time for a musical interlude or just a moment of silence.

18. Laying on of the hands – once reserved for people of the cloth, I’ve seen laying on the hands incorporated both shortly before (with wedding party) or during the ceremony. Touch is such a personal sentiment and everyone is bound to gain positive vibes from it. I love the idea of everyone coming together and a couple being blessed through touch, by all in attendance.

19. Embrace the day, whatever it is – This is more of a word of advice than a ceremony idea. You might have snow in June, you might have rain on your all outdoors wedding but if you embrace it, it will only make the wedding day more memorable. It only ruins your day if you let it. When it rained on this couples day, they deliberated if they should have the ceremony outdoors by the lake like they planned, or inside this dark pavilion and asked me to make the final call. I said “let’s do it outdoors”, a little rain shouldn’t change your dream. And it was so perfect. The rain made it an obstacle that they were overcoming together and it honestly made it way more emotional, and a great story for everyone.

20. Drama on your wedding day is not always bad – The idea of doves being released has fallen off quite a bit. I like this idea because instead of the cliché of a marriage “trapping” you, it symbolizes how a marriage should be– releasing you. This is typically done when the couple kisses. I like the kitsch of it too. It doesn’t have to be doves, it could be Kongming lantern (Chinese lanterns), or balloons etc.. But really anything to accent a moment just adds to the fun.

21. The kiss – There are so many potential ways to highlight the kiss. This couple, having a son and being young at heart, had guests fire off cap guns to celebrate the kiss and the end of the ceremony.

22. Your exit strategy – Throw stuff. The potential of injury makes things all the more exciting. This will prevent any chance of those serious faces, I will often get as a photographer, during the recessional. Also, people have been sitting for a while and it’s a great way to put energy back into them, and get them motivated to start the party. You’re ending on a high note.

23. Sing, sing, sing, down the aisle – This couple had lyrics for both the processional and recessional written on the program. Everyone sang a capella, young and old, friends and family, and it was SO moving. They chose “Can’t Help Falling in Love” by Elvis for the processional and “Like a Prayer” by Madonna, for the exit.

Other wedding ceremony ideas (not photographed)…

24. No tech wedding – I’ve had a few weddings that have had the officiant tell everyone at the beginning of the ceremony to put away their phones and cameras and be “present” for the moment of the marriage. When you’re looking through a viewfinder you can’t always really listen to what’s being said so I love this idea. Distant phone photos of a ceremony are no good anyway, leave it to the photographers.

25. Circle up – For my own wedding, instead of paying for chair rentals and being front and center for the ceremony, we just had people circle up around us in the woods near a river and be a part of the ceremony. In our invite we gave people a heads up that we’d like them to participate, and had them bring their own statements, poems, and songs about love and marriage and any personal thoughts about us as well. If you had some elderly folks, a few chairs with you in the center would be needed. After the ceremony we had a big group hug, sealing the deal. Having everyone feel included was really important to us.

26. Tell the officiant to “kiss off” – Ok, I’m trying to be funny, but it impairs me visually when the officiant is right behind the couple, face partially covered by the couples locked lips. If their expression isn’t perfect, it could actually ruin the first kiss photo. Ahead of time, ask your officiant to step off to the side after announcing “you may kiss your bride”.

27. Oh happy day – A long time ago when I shot a church wedding in the south, I had the most spiritual experience. It was a small country church, with great acoustics, and everyone was surprised to have a 20+ member gospel choir come in from the back after the vows and sang SO loudly and powerfully “Oh Happy Day”. Tears instantly came to my eyes and goosebumps to my arms. It was the most moving moment in my career.

Best of luck in making your wedding ceremony fun, impressionable, and a intimate experience for all.

SERVING PORTLAND OREGON AND BEYOND